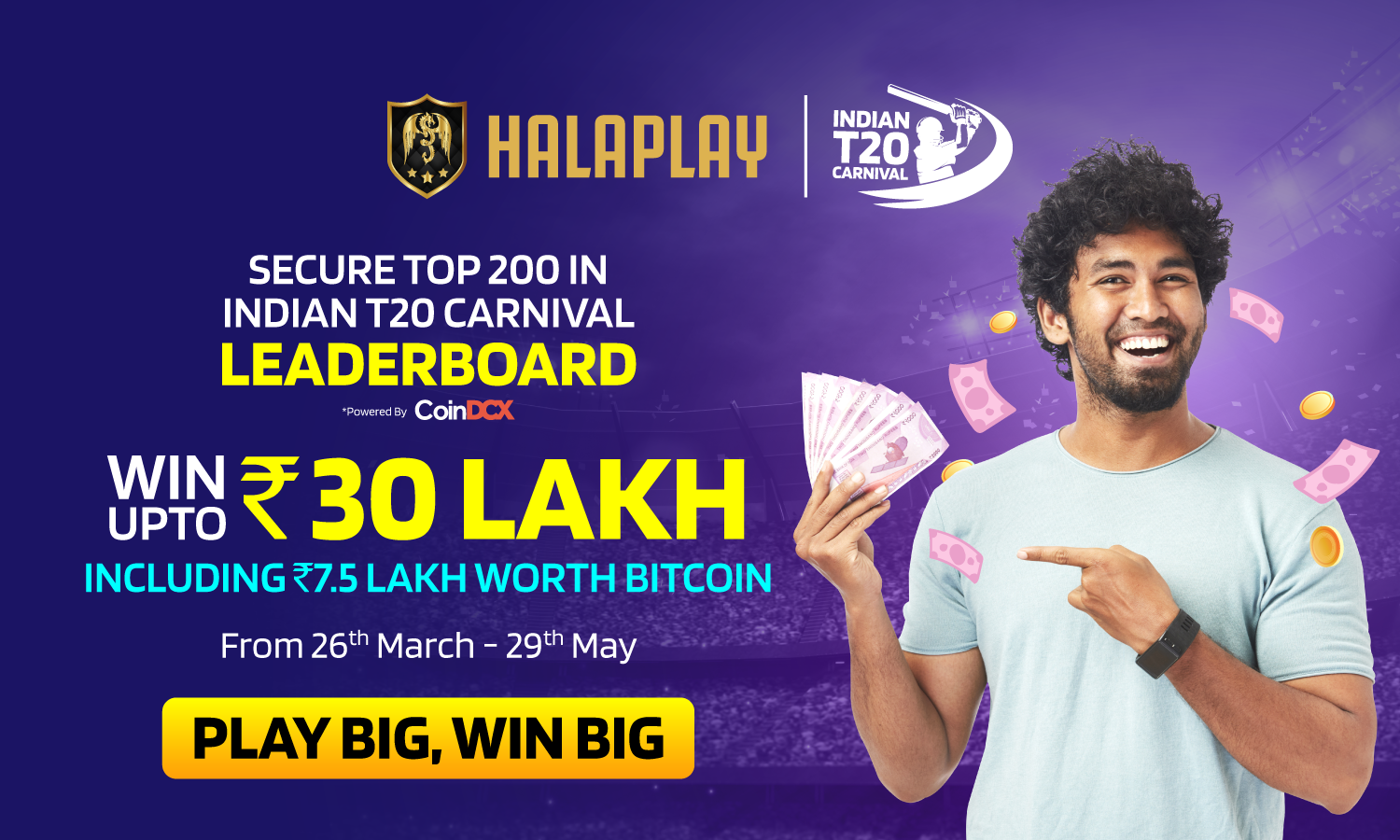 Get up to ₹30,00,000 including ₹7.5Lakh worth of Bitcoin powered by CoinDCX by playing on HalaPlay this Cricketing season. All you have to do is play and get into the Indian T20 Carnival’22 Leaderboard and the top 200 users will win prizes in addition to the actual winnings.

How can I view my rank on the leaderboard?

You can view your leaderboard rank – if you’ve qualified – by accessing the following link. This gets updated after every match is completed and winnings are distributed.

How does the leaderboard work?

Why would I want to be a part of the leaderboard?

Only users in Top 200 of the Final leaderboard at the end of the contest will win a percentage of their entry fee as a prize in addition to the actual winnings!

How does the percentage calculation work?

Assuming a player plays for ₹1,20,00,000 over the leaderboard period and reaches 1st place, then the user would receive 4% of that amount which would be ₹4,80,000 as his winning prize. We arrived at an estimated value of ₹30,00,000 in the top 200 prizes based on the values of the previous leaderboard on HalaPlay.

How long does the leaderboard last?

The leaderboard will start from 26th March 00:00AM and will ends when the Indian T20 Carnival finals ends. Dates are subject to change.

Do only Indian T20 Carnival’22 games count towards my entry fee contribution?

No, entry fee will be considered for any cricket game as long as the game starts within the given time range.

What are the prizes for the leaderboard?