Though it’s a two-way battle for the Spanish League title, there are plenty of European League spots up for grabs. Granada (GRA), Getafe (GEF), Valencia (VAL), and Levante (LEV) are in action on Friday.

GRA, who finished second in the Spanish League 2nd Division last season, is in the hunt for a European League berth. The Andalusian club is ninth in the table, seven points off a European place. GEF, though, will be aiming for a top-four finish after missing it out by two points last season. They have 46 points from 27 games and is fifth.

Darwin Machís‘ second half strike helped GRA grab a point against LEV in their last outing before the pandemic break. Forward Carlos Fernández grabbed his third assist of the season.

GEF missed a chance to climb to third in the table as they were held to a goalless draw by relegation-threatened Celta Vigo (CEL) at home. The visitors goalkeeper Rubén Blanco made six saves in the match. 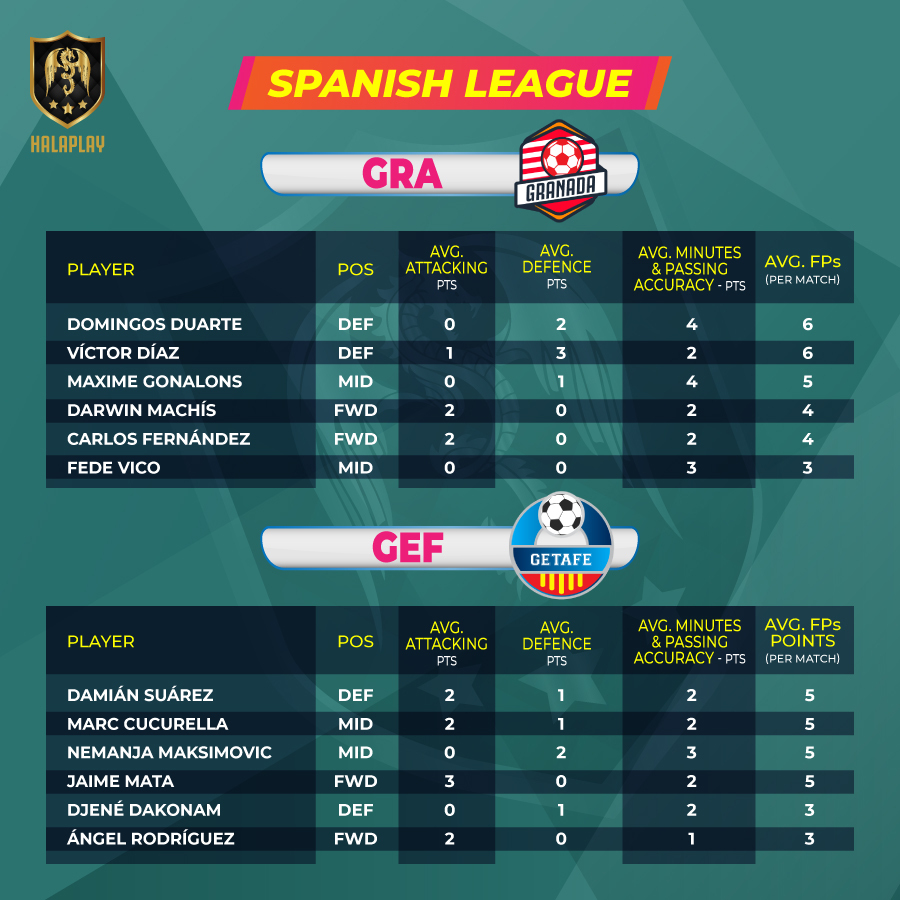 Select your GRA vs GEF playing 11

VAL is the only team in the top half of the table to have a negative goal difference. They have scored 38 goals but conceded 39 in the 2019-20 season so far. LEV, meanwhile, has lost half of the Spanish League games played this season and find themselves 13th in the table.

VAL had to share points with Alavés (ALA) on MatchDay 27. Daniel Parejo gave VAL the lead after the half-hour mark, but the hosts found the equaliser in the 73rd minute.

Despite taking the lead through Roger Martí, LEV was unable to grab all three points against GRA. They conceded the leveler in the 60th minute, and the match ended 1-1. 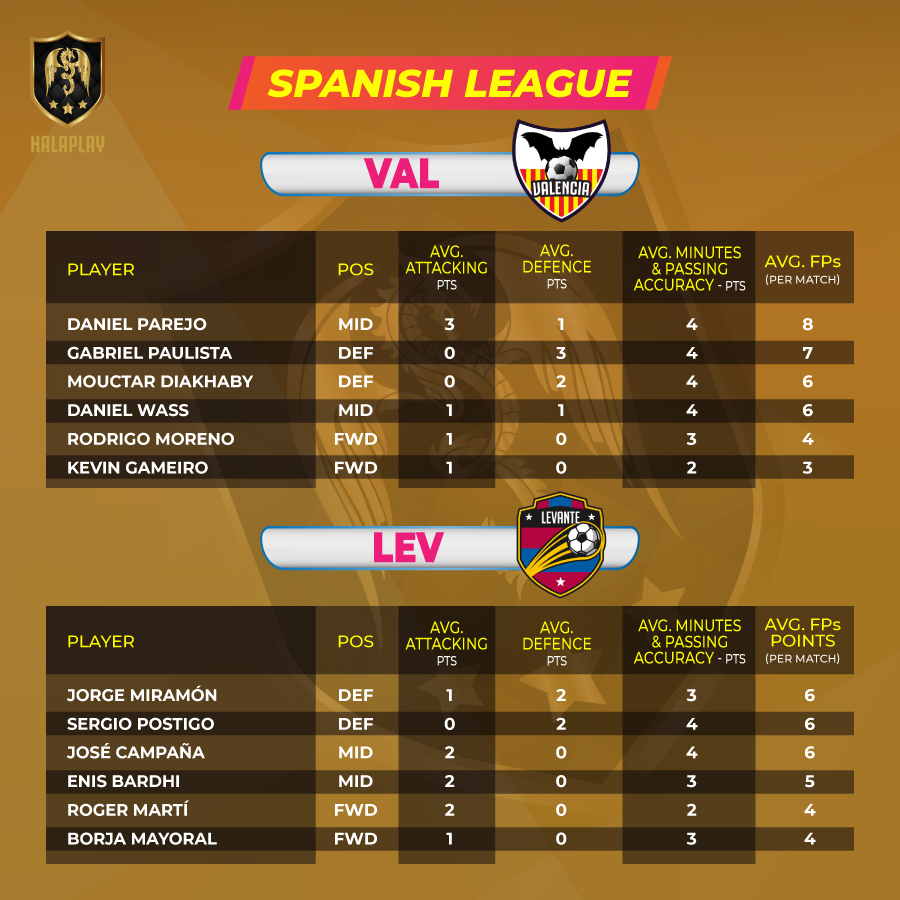 Pick your VAL vs LEV playing 11