Two of Europe’s biggest football clubs, Juventus (JUV) and Milan (MIL), square off in the 2nd Leg of the Italian Cup. Both teams will be playing their first match since the three-month pandemic break.

Cristiano Ronaldo‘s stoppage-time penalty helped JUV earn an away goal advantage in the first leg played in Milan. After a goalless first half, MIL’s Ante Rebić took the lead for hosts, and ten minutes later, they were down to ten men as Theo Hernández received his second booking.

Goalkeeping legend Gianluigi Buffon kept JUV in the game with some smart saves, and just before the final whistle, Ronaldo converted a controversial penalty to give JUV the advantage.

Clearances made by Alessio Romagnoli in 1st Leg: 6⃣ 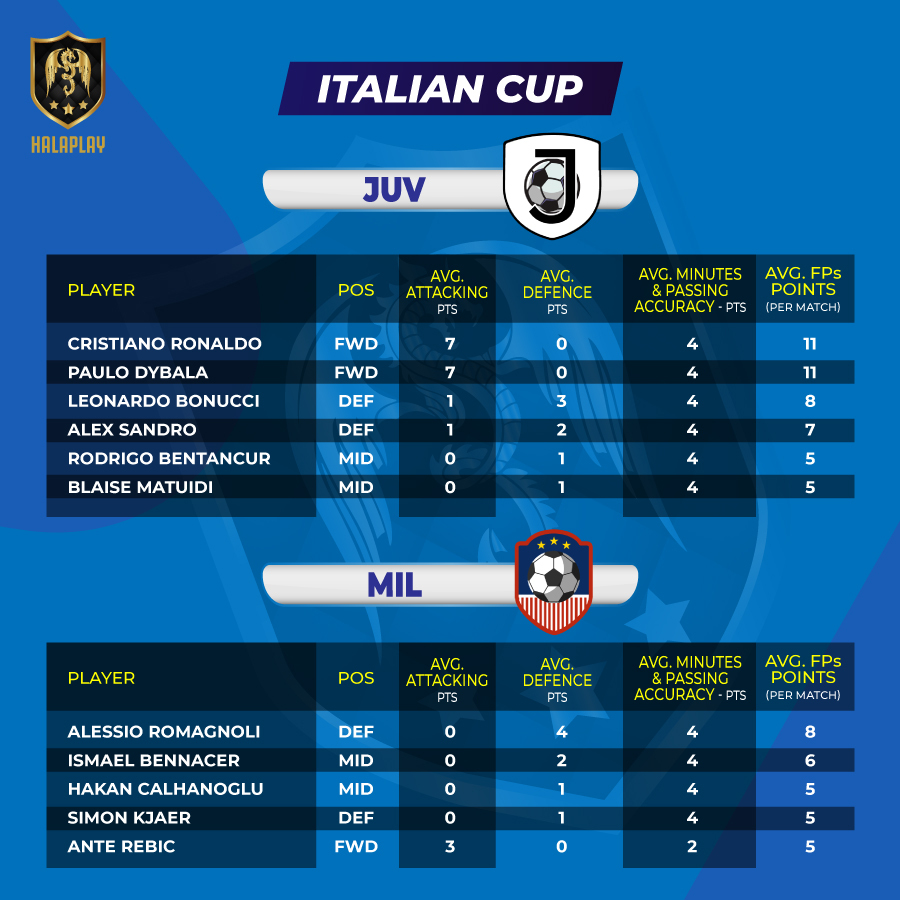 Select your JUV vs MIL playing 11