SEV held At.Madrid (ATM) to a 2-2 draw in their last match before the break. Luuk de Jong and Lucas Ocampos found the net, while central midfielder Joan Jordán picked up an assist.

RB, meanwhile, denied R.Madrid (MAD) a chance to go top of the table with a 2-1 win at home on MatchDay 27. Centre-back Sidnei took the lead, but the visitors equalised just before half-time. Cristian Tello grabbed all three points for RB with eight minutes left on the clock. 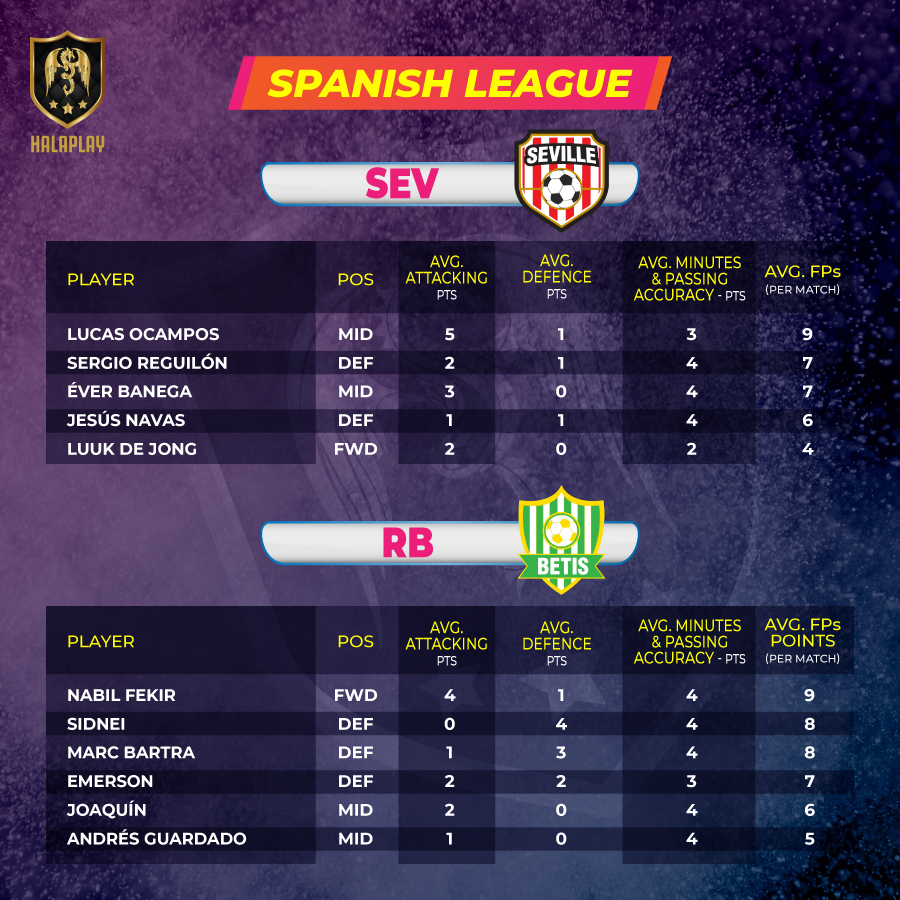 Lucas Ocampos (SEV) could miss the match due to a muscle injury.